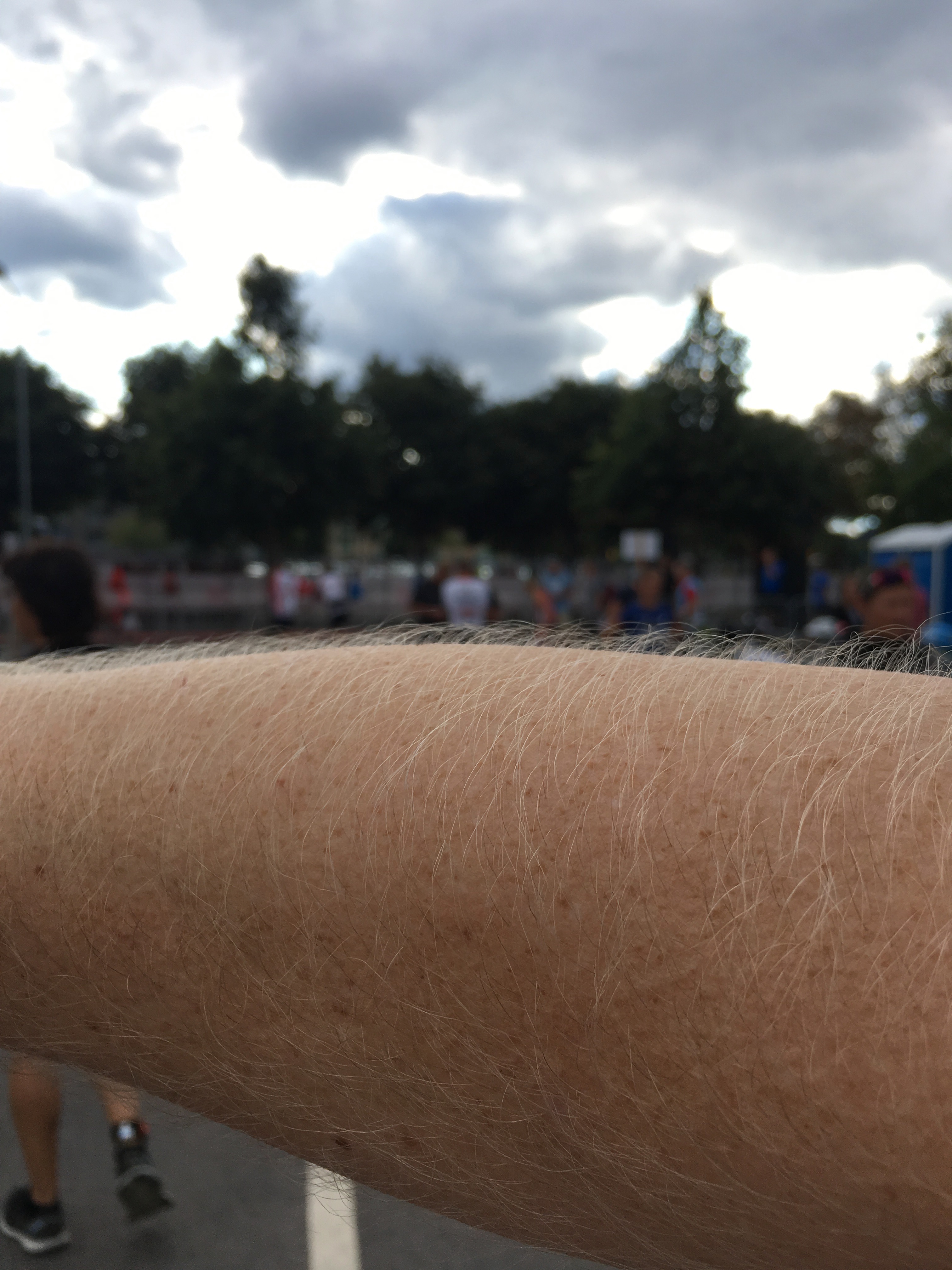 This year I’ve been training for shorter distances after last years full Ironman. Weight lifting, intervals, 1 h bike rides and orienteering has been on program and it has been a real pleasure. I’ve been racing a lot more than usual and in more different sports than in a long time. Both orienteering and bike racing and of course running. My goal was to beat my previous PB from 2013 on 1:09:57 which was just before I joined a triathlon club and started training specifically triathlon.

Had such a good feeling before start. My bike in transision slot was just between the two superstars Oskar Djärv and Ludwig Fleetwood (Gold and Silver medalists) such a good pepp. Prepped all gear, suited up and walked over to Kattrumpan with dear wifey Beata who also raced (so proud of her, 6 minutes better than her PB from 2013), meet up with Dad and went down to the water.

I started in the first group with the PRO´s at 18:00, 5 min before start we swam out to the start line between two buoys. 30 seconds, TTTTUUUUTT…. Here we go…. Just love the adrenaline at start, a lot of swimmers, arms, legs, splashing… Found a few good feet to follow and go into a good flow almost at once, great feeling. Left, right, breathe.. left, right, breathe… Klapphuset (Old washing house) to the left, under the bridge, last 250 m, ahh swim already over. Got up of the water, down with the wet suit, saw my dear kids screaming and cheering ♥. Super fast of with suit, on with shoes, helmet and googles, bike and away, ran like crazy out of T-1.

Before I even got on the bike I dropped my bottle, hm… nothing to worry about. Pushed as hard as I could all the way. Passed a few riders and I checked the watch a few times, saw 43 km/h once, nice! After 7-8 I met the leader-duo like two JAS-planes and that gave me some extra adrenaline and inspiration to push harder. In Lindsdal at the turning point I got the wind in my face and I had to slow down just a little. Pushed all the way into T-2, struggled a little with a shoe and of on the run. 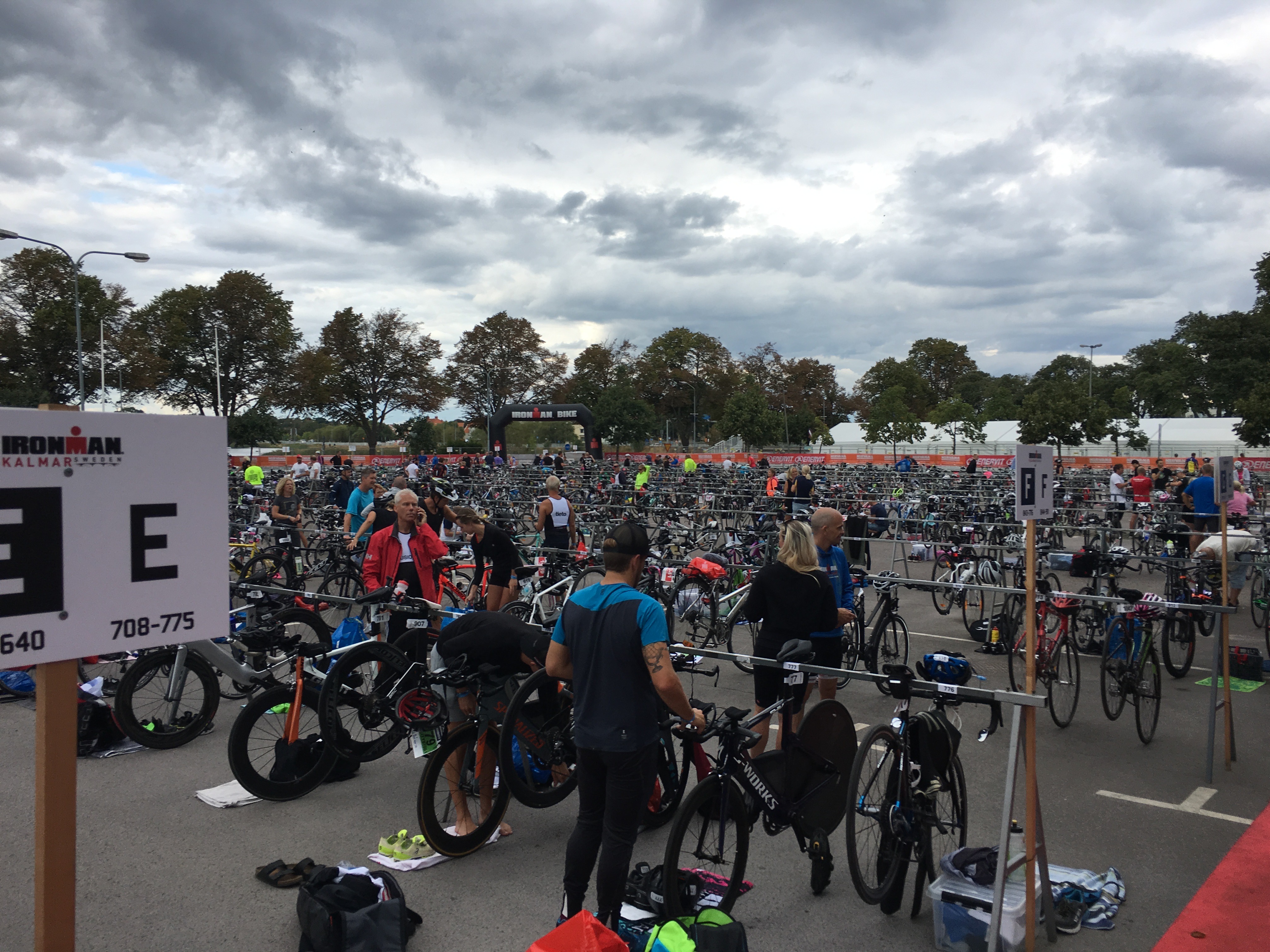 Swim and bike has really improved the last few years but my running… zzz… this autumn and winter it´s gonna be all about getting back to my old running-self. Had no bike-legs and was good off running in 4:40 speed, ended up at 4:54 min/km, quite ok but want to be much faster. Was so happy when I turned into Storgatan, seeing the goal and running all out, jumping and dancing into the portal with almost the same feeling as last year’s IM.

Enjoyed athletes garden, talking to lots of happy people and waiting for wifey with the kids.
The audience in Kalmar is just the best and so amazing, it feels like a stage at Tour de France all the way. BIG THANKS! 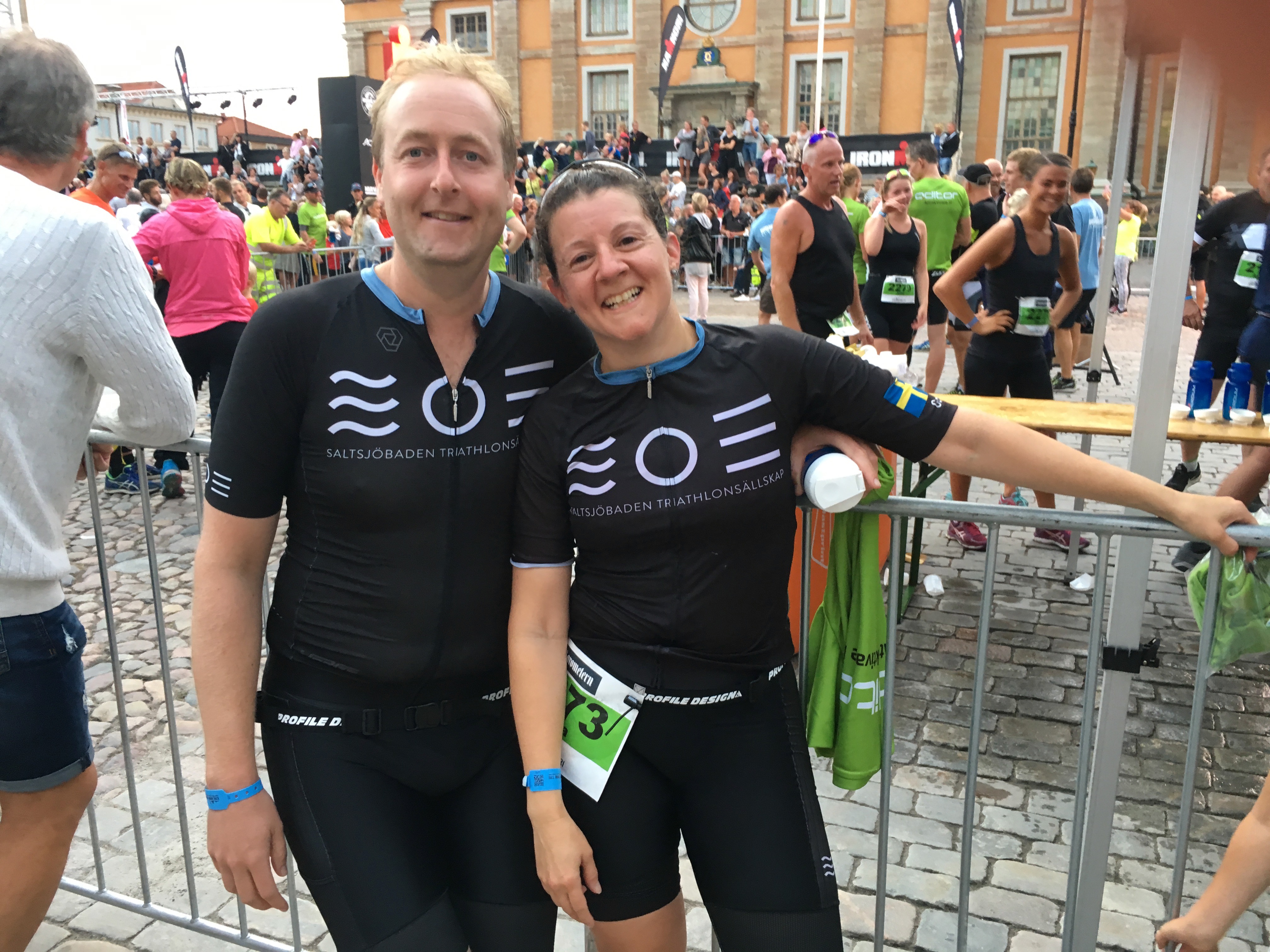 Goal for next year is to go under the hour! 😀